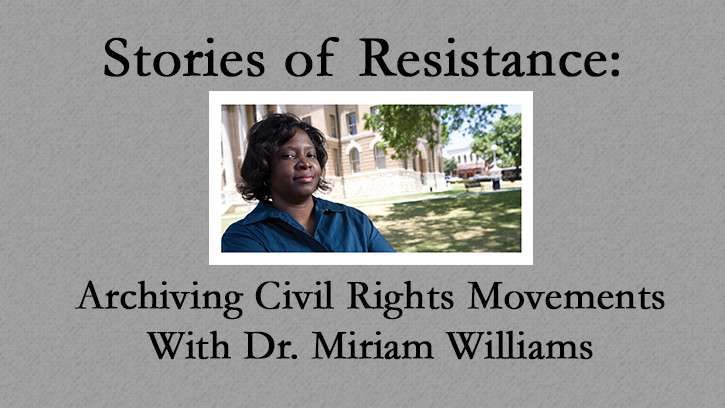 In 2013, the Supreme Court struck down a core component of the Voting Rights Act, weakening the federal government’s oversight of voting rights. In recent years, the impact of this ruling on marginalized groups in particular has been dramatic: lack of transportation to a shrinking number of polling places, voting roll purges, and new requirements regarding what forms of identification are valid as proof of eligibility to vote. Such attempts to make voting more complicated are not new. In her latest article, “Technologies of Disenfranchisement: Literacy Tests and Black Voters in the U.S. from 1890-1965,” Dr. Miriam Williams, an English professor in the MATC program at Texas State, discusses how laws affecting Black voters have existed for years in the United States, especially in the South.

Co-written with Dr. Natasha Jones of the University of Central Florida and forthcoming in a Fall 2018 special issue of Technical Communication focused on election technologies, Dr. Williams’ article explains how discriminatory voter registration cards and literacy tests appear innocuous on paper while, in practice, targeting Black voters. For example, from 1890-1965, voter registration forms that were written in race-neutral language were used to collect housing and employment data about Black voters. This data could then be used to report those voters to their employers or landlords who would, in turn, threaten them with loss of home or job if they went to vote. In their research for the article, Drs. Williams and Jones also recovered documents (manuals, reports, and graphics) created by Civil Rights activists to help Black voters successfully navigate the obstacles designed to prevent them from voting. Because these archives exist, we can see how activists resisted oppression when it came to unfair voter registration practices.

Dr. Williams also examines the archival history of activism in another recent essay, “#BlackLivesMatter: Tweeting an Essay in Chronos and Kairos” (included in Texas State professor Octavio Pimentel and Cruz Medina’s edited collection, Racial Shorthand, recently published by Computers & Composition Digital Press). The #BlackLivesMatter hashtag on Twitter acts as a living archive, documenting instances of police brutality and sharing them across the Internet, thereby serving as a platform that facilitates activists’ organizing and resisting. Dr. Williams explains that technical communication, in part, studies how digital media tells stories, and she uses that perspective to illustrate how people used the #BlackLivesMatter hashtag to chronicle “a story of oppression and resistance.”

Attention to voting laws that may seek to disenfranchise marginalized Americans matters, as does the way we treat the activism surrounding that disenfranchisement. Dr. Williams’ research explores how activists have sought to archive their own fights for social justice, and hopefully, we can learn from these archives in preparing for our country’s future.