This fall, the Texas State English Department welcomed four new tenure-track faculty members. While each has origins in Texas, making their arrival at Texas State something of a homecoming, their scholarship attests to their pursuing very different research and teaching interests. From Irish Modernist studies to analyses of comic book superheroes, our new faculty ensure exciting new courses and research over their coming years at Texas State. 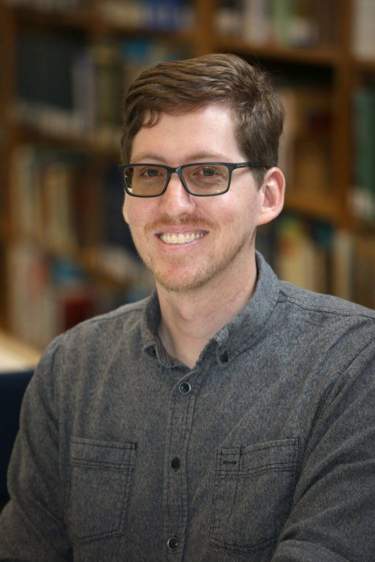 While he was earning his Master’s degree at Oxford, studying John Milton, Dr. James Reeves wandered into Blackwell’s Bookstore. The religion section shocked him. He grew up in Hutto, Texas, with an extended family of evangelical Christians, and though he had studied authors like Milton while earning his undergraduate degree at Texas Tech, he hadn’t considered the scope of religious studies. “From then, I was fascinated by how religions are related and how they represent each other,” he says.

Dr. Reeves changed his focus from Milton to 18th-century British literature, exploring authors like Alexander Pope and Samuel Johnson, whose works deal with shifts in religious thought and secularization. After earning his Master’s degree at Oxford, he went to UCLA for his PHD, investigating how atheist characters were represented in that time period. Literature from the 18th century often imagined worlds dominated by atheism or with atheist characters, suggesting a shift towards secularization that manifested itself in its representation of atheist themes.

After earning his PHD and teaching at Franklin & Marshall, a private liberal arts college in Pennsylvania, he applied for a job posting at Texas State. He wanted to raise his family where he’d grown up and where his extended family lives, and he finds the public-oriented goal of state schooling compelling. At Texas State, he currently teaches First-Year Writing classes and a British literature course on the Restoration and Augustan periods.

His research projects include reshaping his PHD dissertation into a book and writing an article about how British abolitionists’ view of the slave trade impacted the concept of a Christian hell. Although she claims San Antonio as her home, Dr. Sara A. Ramírez grew up in Dallas. She attended Notre Dame as a first-generation college student with the intent to become a medical doctor, but her passion for literature, outstanding performance as a writer, and urging from her English professors convinced her to become an English major.

After she graduated from Notre Dame, Dr. Ramírez attended graduate school at UT-San Antonio, where she began to “cultivate a sense of Chicana feminist consciousness.” She wrote her thesis on madwomen in literature, and when she went to Berkeley for a Master’s and then PHD in comparative ethnic studies, she began to understand madness as a reaction to trauma. Because of this understanding, she began studying Chicana representations of historical and intergenerational trauma, an interdisciplinary endeavor involving psychiatric and indigenous interpretations of madness.

While doing dissertation research in San Antonio, she worked in the Women’s Studies program at UTSA from 2013-2017. She then pursued a postdoc at the University of Minnesota before applying to work at Texas State. Texas State stood out to her as a Hispanic-serving institution, or HIS, because it meant she could relate to and mentor Latinx/Chicanx and first-generation college students. “On the first day I ask them what they need to know about college,” she says, “because I had no one to talk to when I went.” At Texas State, she teaches First-Year Writing and a class on Chicano Narratives and Social History.

Currently, Dr. Ramírez is writing a philosophical article on how Chicana subjects can recognize themselves through indigenous (Nahua) ideas of the self. 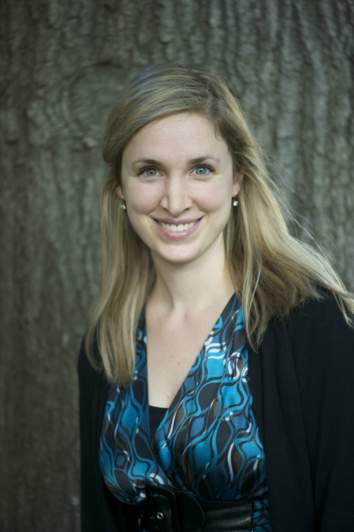 While she was earning her Master’s at Texas A&M, Dr. Julie McCormick Weng came across an article by John Eglinton (William Kirkpatrick Magee). The article, titled “Mr. Yeats and Popular Poetry,” discussed the connection between literature and new technologies and sparked her interest in machines’ representations in Modernism. “Modernism rethinks not just style and form but also the way we relate to the tactile and technological world around us,” she says, “and that captivated me.”

She went on to earn her PHD at the University of Illinois, where she looked at the intersections of Irish Modernist literature with questions about science and technology. She attended Georgia Tech for her postdoc, and there explored the possibilities of digital pedagogy. Her students created podcasts, dramatic recordings of poetry, and infographics of literary texts. “This media lets students explore a range of possible responses to literature from different angles,” says Dr. Weng.

After completing her postdoc at Georgia Tech, she came to Texas State University. She wanted to teach in her home state, and the Texas State student body’s reputation for friendliness promised innovative and creative classroom discussions. She teaches First-Year Writing and twentieth century British literature.

Currently, Dr. Weng is editing a collection of essays titled Science, Technology, and Irish Modernism, which is scheduled for release in 2019. She is also working on an article concerning digital student projects in the classroom, as well as a book manuscript about Irish modernism, transportation technologies, and gender politics of the early twentieth century. 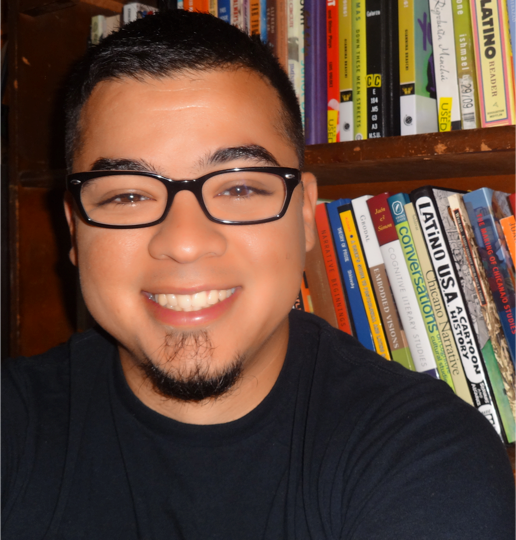 When Dr. Samuel Saldivar left his hometown of Weslaco, TX to go to college at Ohio

State, he was surprised to find that there was a whole area of study focused on the very community with which he had grown up. For this reason, when he worked on his Master’s in English with a specialization and certification in Chicanx studies at Ohio State, he first was interested in Victorian literature, but felt drawn by “the opportunity to talk about authors of color who have been forgotten over time.”

After his Master’s, he pursued a PHD in Chicanx Studies at Michigan State University, writing his dissertation on Chicanx representation in American media. Specifically, he studied the shifting ways Chicanx people are portrayed for American audiences. As a result, his work is extensive, ranging from 1970’s poetry by Corky Gonzales, to Borderlands by Gloria Anzaldua, to even modern-day comic book representations of Chicanx/Latinx superheroes.

Dr. Saldivar worked as an associate professor and undergraduate coordinator at the University of Michigan for a year and half before coming to Texas State. He was eager to return to Texas and explore how students at a predominantly Hispanic institution would respond to his field of study. At Texas State, he teaches First-Year Writing and an American literature course spanning from 1930 to the present day.

His current research includes researching a Puerto-Rican superhero named Vibe from the DC franchise and exploring how Vibe’s representation over time has changed since he first made his appearance in the 80’s. Dr. Saldivar is also working on book chapters focused on Chicano heroes and their representation in American film; and just finished a short piece on the diversity of Tejanx people, highlighting the largely ignored Afro-Latinx associations of the term.