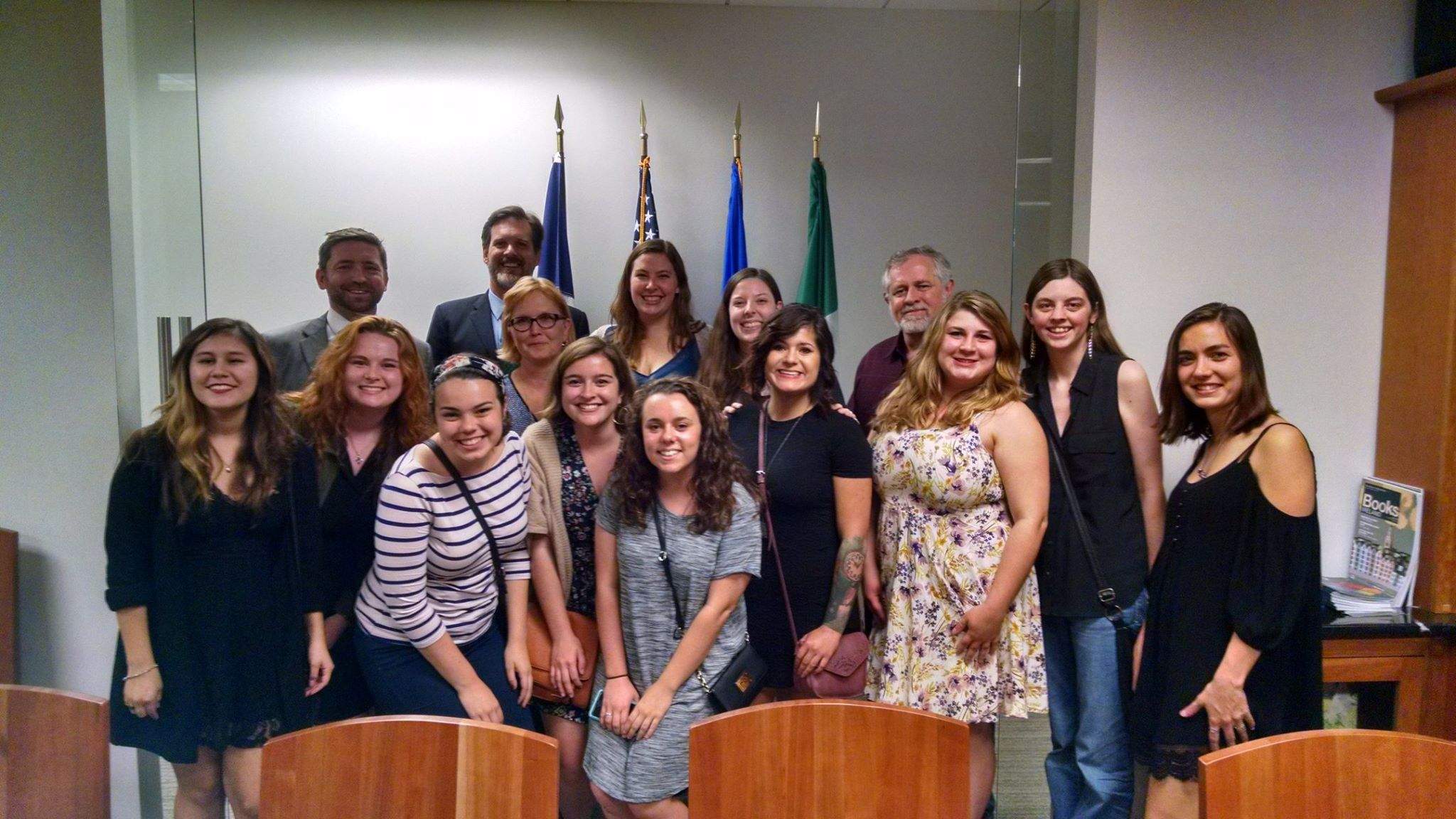 On October 28, The Austin office of the Irish Consulate hosted students from the 2016 Texas State in Ireland program for a reception and conversation on their five-week stay in Ireland this past summer. Consul General Adrian Farrell encouraged the students to share their impressions of Ireland, noting the growing cooperation between the Republic of Ireland and the Austin area, as well as the long history of the Irish in Texas and the southwest. Consul Farrell and the students were joined at the reception by Dr. Ryan Buck, Texas State’s Assistant Vice President for International Affairs. The Texas State in Ireland program, directed by English Department faculty members Nancy and Steve Wilson, has taken Texas State students to Cork, Ireland each summer since 1999, allowing more than 300 of them to explore a vibrant country that was home to the ancestors of millions of Americans. While in Ireland, the students from the 2016 program visited such cultural sites as Dublin; medieval Ross Castle, in Killarney; 10th-century Celtic settlements on the Dingle Peninsula; Gougane Barra Forest Park, in the Shehy Mountains of County Cork; and Great Blasket Island, a rugged outpost off the western coast. They also earned six hours of credit for completing advanced English courses in Travel Writing and Irish Literature. Steve Wilson noted at the reception that the program offers students the opportunity to be much more than travelers. They are encouraged to investigate the country and its people, discovering common ground with the Irish but also the important ways peoples of different cultures interact with and understand their world.